Get fresh music recommendations delivered to your inbox every Friday.
We've updated our Terms of Use. You can review the changes here.

by I Speak Machine 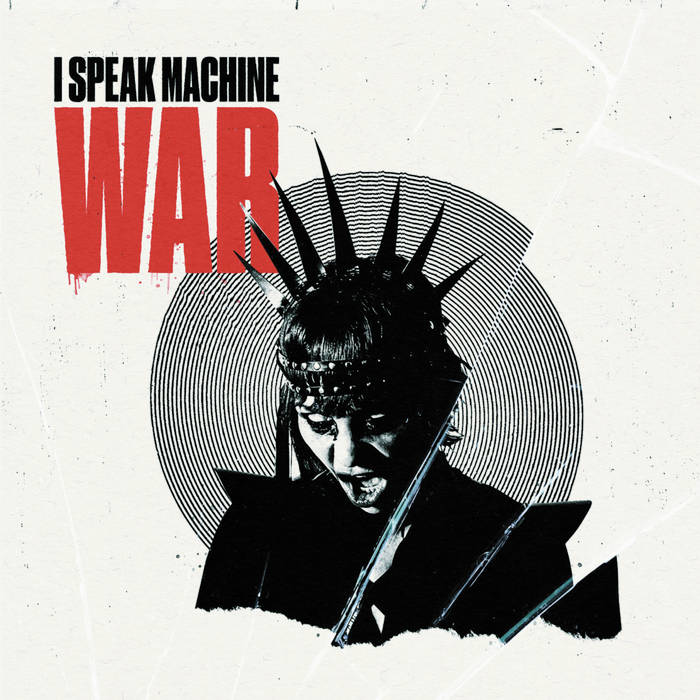 The Satanic 737 Mechanic Beautiful.
Bleak.
TRANSCENDENT. Favorite track: Until I Kill the Beast.

corrosiveabuser Sleazy cabaret electronica at its finest, and with a voice intoxicating enough to soothe any addict.

Callum Gray After seeing Tara a couple of times with Gary Numan I was hooked , love the direction of her sound , conceptually new and moving

Nick McLaren Trust me... you want this album straight away! It is a synthy, gritty, groovy masterpiece of 🔥! Next-level stuff right here.. Pure genius.

rinzaibc Rivals Skinny Puppy, Panacea, et. al. in intensity, but with a distinctive - dare I say - feminine touch. Vocals, sound design, composition, and production are all top-notch. My most exciting musical discovery in years! Favorite track: Ruined Me.

"Ever-so-rarely an artist comes along to stir your subconscious and redefine the unconventional. I Speak Machine—the experimental music and audio-visual project of Tara Busch and Maf Lewis–is here to show us the way"
Liza Lentini, SPIN MAGAZINE, April 21, 2022


WAR brings Tara out from behind her fortress of synths and horror soundtracks and back to center stage as a songwriter and performer. Shapeshifting into a spiky-crowned, combat boot-clad banshee, the album sinks its teeth into themes of addiction and mental illness. The result is WAR - a dense, intense, thick-as-a-brick witch’s brew of vintage synths and machines, skull-bruising drums, and that voice.

For the making of WAR, Tara brought her works to Sheffield producer Dean Honer, one of the masterminds behind The E.R.C, All Seeing I, The Moonlandingz & I Monster, and producer of records by bands such as Add N to X and The Human League. Over the next 3 years, they co-produced WAR remotely between Tara’s Los Angeles studio and Dean’s Sheffield-based studio.

As one might expect, WAR recruits a fierce army of synths and drum machines in its production ethos - yet also welcoming into the fold satisfyingly incongruent elements such as woodwinds and both acoustic and bass guitar. Tara’s voice, the central storytelling instrument, is also pummeled and pitch bent, crunched through fuzz pedals and vocoders and even morphed into a vicious synth bass by Tara singing through her vintage Korg MS-20.

Vocal influences lean heavily toward Jim Morrison, David Bowie, Doris Day, Judy Garland, Poly Styrene & Grace Jones, while musical influences range from Add N to X to film composer legend, Krzysztof Komeda. Album highlights include the delirious, sarcastic love letter to Los Angeles, Santa Monica: “I tried my best/ the ice too heavy in my chest” and the spitting, tongue in cheek rage of The Metal of My Hell : “burn the witch/ burn the bitch...you had it coming for a long time”. The album closes with the broken peace offering, Until I Kill The Beast, where Tara offers a thinly veiled glimpse at addiction: “You broke me to my knees/ the devil sits with me/ until I kill the beast”.

Bandcamp Daily  your guide to the world of Bandcamp